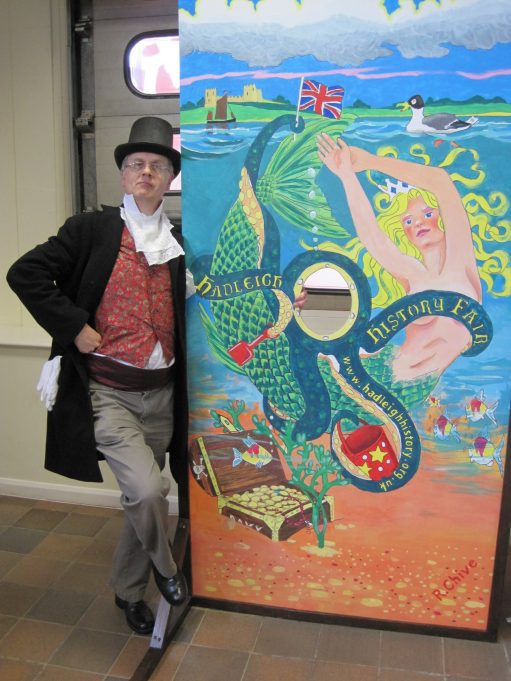 The Hadleigh & Thundersley Community Archive was formed in 2010 in partnership with Essex County Council Libraries and The Essex Record Office. A community archive was already in existence for Canvey Island;  Heritage Lottery funding was obtained for a further six archives in South East Essex. Together, these archives are known as the South East Essex Community Archive Network (SEECAN).

The archives are run by local people with an interest in their town. Thundersley had not originally been included in the six new archives but at an early meeting of the Hadleigh Community Archive it was agreed that Thundersley, including Daws Heath, should be incorporated with Hadleigh.

From late 2010 through to early 2011, regular meetings were held in Hadleigh Library to generate interest in the community archive. Several of these meetings included talks by local people and covered topics in all of the areas within Hadleigh and Thundersley.

Examples include: “Cunning Murrell” by Bob Delderfield, “Thundersley” by David Waller and “Daws Heath pictures” presented by Graham Cook.  Meetings recommenced with our formal public launch in September 2011 in Hadleigh Old Fire Station (HOFS) when that became available.  The last meeting of 2011 was on December 14th, in the Appliance Bay of HOFS, with Roger Pickett talking about Hadleigh Fire Station!

The Archive has published five books with the sixth nearing completion as of August 2019.
We continue to create annual pop-up local history displays at local fairs and other events in Daws Heath, Hadleigh and Thundersley.
There are also regular drop-in mornings at Hadleigh Library.

If you wish to become an active member of the H&TCA group, please e-mail us at:
admin@hadleighhistory.org.uk