You are here: HomenextMain SubjectsnextOrganisationsnextRoyal British Legion: The first centenary 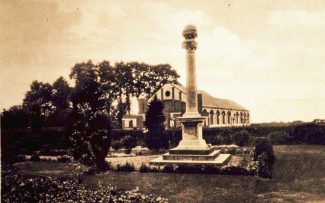 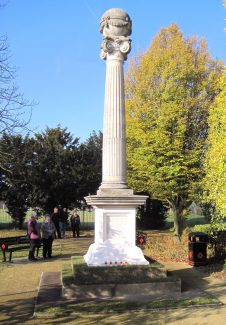 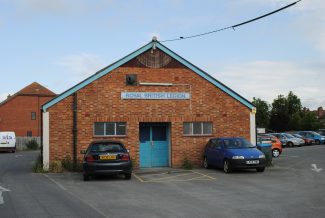 zoom
British Legion Hall, May 2011 click on the picture to enlarge
Essex100 collection 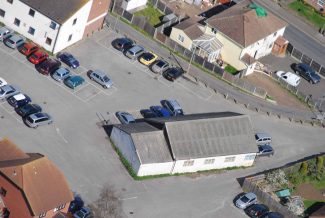 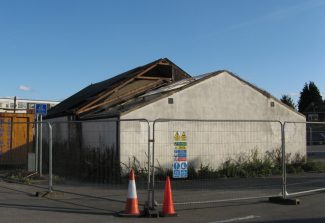 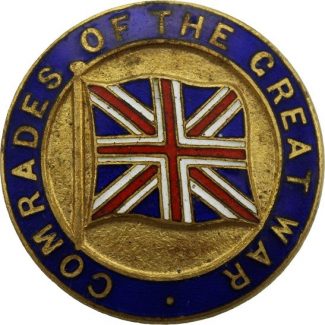 The Great War from 1914 to 1918 was supposed to be the “War to end all  Wars” such was the horror of it.    It left such a mark that a tangible Hadleigh memorial was dedicated in honour of the 48 men of the parish who fell in the First World War.

A public procession walked from St James-the-Less, led by parish councillors and the Public War Memorial Committee, chaired by A Hawkes. They were followed by the Salvation Army band, ex-Servicemen, Salvation Army Girl Guards, the 1st Hadleigh Company of the Boys’ and Girls’ Life Brigade and members of the public.
Several hundred people lined the field in “glorious weather” for the unveiling.

On 15th January 1919, the parish council had called for a public meeting before starting to raise funds. At that meeting, it was decided that the recreation ground was a suitable space and, by 1922, the parish had became owners of that land “for all time” and the overall cost of £260 could be raised by subscription.
To see the detailed inscriptions on the Memorial;  2021 and earlier Remembrance Day pictures in Thundersley and Hadleigh, use this link.

After the Second World War, a different form of memorial:  the Royal British Legion Hall was built.
Construction of the Hall began in 1947 in what is now Castle Lane or  Endway Car Park. It was built by former members of the Armed Forces in their spare time using materials that had been begged, borrowed or acquired by other means.

The Hall was officially opened in September 1948 by Mr. Henry Tutt,  then a magistrate and Headmaster of Hadleigh School in Church Road. The first event to be held was a Legion dance that took place on Saturday 25th September 1948 with over 100 people attending.

The hall survived for 63 years, with the Council charging the British Legion £1.00 (one pound) per annum rent.  The last event held at the British Legion Hall was on Thursday 5th May 2011, when it was used for local elections (as usual) and a referendum on the voting system.    Following the expiry of the lease in June 2011, Castle Point Borough Council’s cabinet decided on 20th July that the hall should be demolished, which happened in Autumn that year.

Everyone is aware of the Royal British Legion through its annual Poppy Appeal and the Remembrance Sunday Services in November, but this is a special year as 2021 marks its Centenary.   For more on the British Legion, use this link to their site.

Look for the Poppy display by ‘Hadleigh Community Group’ on the gates of St James the Less from Friday 5th November, 2021.

Brian Hughes, M.B.E. has created an excellent article about The Royal British Legion for Billericay, our sister archive; an introduction to which may be summarised as follows:
“In the first World War,  four organisations were created. They all represented the rights of soldiers, sailors, ex Servicemen, their widows and dependents. The largest, The Comrades of the Great War” was formed in 1917 and was non-political whereas the other three hoped to improve the lot of those they represented by political means.

Thanks largely to the efforts and persuasive powers of Earl (formerly Field Marshall) Douglas Haig and Frederick Lister, a campaigner for amalgamation, the four organisations were brought together in 1921 after a series of exploratory discussions and agreed to unite: in the aftermath of the War it had become apparent that there was need for one composite organisation to support and represent all members of the Armed Forces, to hold the government to account and ensure that all those who served and sacrificed were given the support they needed and deserved.

That one organisation was to be called The British Legion and it was constituted on 15 May 1921.  Here is the link for the full article.”