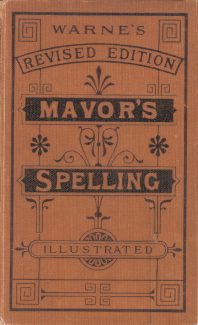 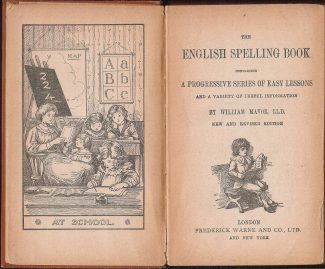 zoom
First published in 1801, it was so successful that it ran to 500 editions, had sold more than two million copies by 1823, and was translated into Hindi and French.
Sandra Harvey 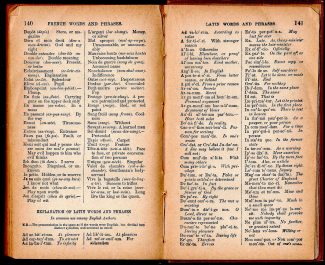 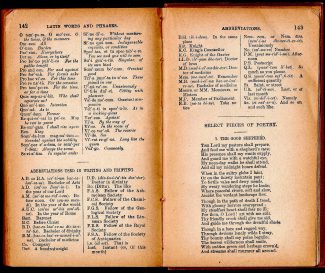 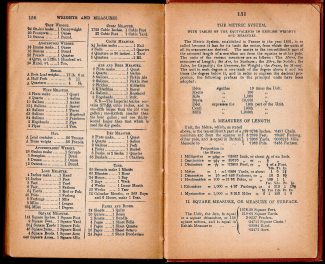 zoom
Beginning with the alphabet, letters were illustrated by the delightful wood engravings of Thomas Bewick. There was guidance on spelling and grammar. General knowledge was addressed through sections on such topics as weights and measures, geography, key dates in history, and the solar system.
Sandra Harvey 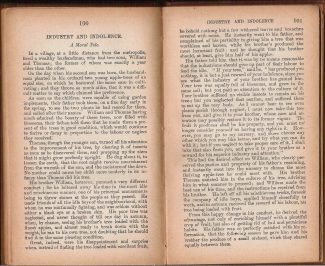 zoom
Both a reading primer and compendium of general knowledge; the book presents vocabulary of increasing complexity together with simple and amusing stories for reading practice. Could this "cautionary tale" have been influenced by John Mavor?
Sandra Harvey 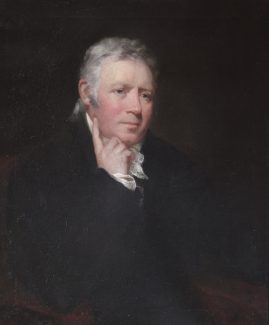 We are greatly indebted to the Oxfordshire Family History Society for their transcription of William Mavor’s will of 5th December 1831 and the codicils of 21st October 1833 and 9th January 1837.  Probate was granted 2nd April 1838.

William defined the inscription to be on the vault where his remains were to be deposited:   “near to the [ancient] Western porch of Woodstock chapel with a tablet against the tower opposite recording my name and Rank and charged with the following inscription:
The feeling soul may linger here
Soft pity’s bosom heave a sigh
But spare my dust and come not near
Cold apathy with tearless eye”

William Mavor, clerk, Doctor of Laws, Rector of Bladon with Woodstock was a talented and incredibly prolific  promoter of the catechetical method of instruction, having produced over 40 vital and helpful books of instruction on many topics, and was also Vicar of Hurley Berks, a magistrate, and Mayor of his Borough – no less than ten times – truly a well rounded and resourceful person.

From the narrower viewpoint of Hadleigh in Essex, our interest is largely focussed on one of his sons, the almost entirely absent John Mavor.  It is highly likely that some Hadleigh villagers in the period 1825 to 1853 never once saw the Rev. John Mavor, the Rector of St James the Less. He probably visited Hadleigh to be inducted but whether he visited again, even for a few days, we do not know.

Perhaps William Mavor’s will helps us to see John through his father’s considered reflection.  William describes his wife Harriet as his dear wife, or dearest wife;  similarly his dear daughter Harriet Francis, his dear infant daughter Sarah Seagrave, his dear son William Seagrave.    But I think we hear the sound of steel in the voice of William the magistrate and Rector across the intervening centuries…when he writes in his will:
“ . . .  the rents and profits of property until William Seagrave attains the age of 21 . .  .to be applied in the meantime for John Mavor clerk BL formerly of Lincoln College for whose advancement in life I long sacrificed my own personal comfort and independence and who has already cost me so much I give devise and bequeath my copyhold land at Hailey for the reversion of which I paid him one hundred and fifty pounds and afterwards expended upwards of two hundred pounds with this particular proviso that before he is put in possession of the said copyhold lands he is to repay the sum of One hundred and fifty pounds the amount given for his reversion and to execute a general release in discharge of all claims or pretended claims.”

Tough love indeed;   clearly John Mavor was not a “dear” son but had proved repeatedly to be an expensive son.   How do we assess this viewpoint of  William Mavor?  Born August 1758 in Aberdeenshire, Scotland;  he became an assistant at a school in Burford, Oxfordshire in 1775,  tutored the children of the 4th Duke of Marlborough, and at the age of 23 took holy orders and at the age of 31 became Vicar of Hurley.

Awarded an LL.D Laws degree, with the assistance of the Duke, he became a rector, and eventually Rector of Bladon with Woodstock in 1810 when he also became Headmaster of Woodstock Grammar School.  He wrote over 40 essential works, with the consistent theme of encouraging learning through the use of the catechetical method of explanation.

A key example is his book: Spelling, which strayed far beyond the realms of merely spelling words,  for example by including French and Latin phrases, weights, measures, poetry and geography. The pictures to the side of this text show  some of the extensive byways explored by the students of  The English Spelling Book, first published in 1801,  a popular and widely distributed book with editions still being published after 1910.

A portrait of William Mavor by James Saxon is in the public domain, and pictures this multi-dimensional teacher, priest and compiler of educational books. In conclusion, this titan of education, local government and justice combined wisdom with learning but could only watch in dismay as his son John failed so comprehensively to learn and apply the excellent examples set by the father.

This is a link to the article about John Mavor.