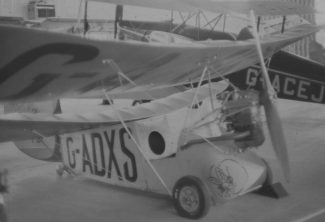 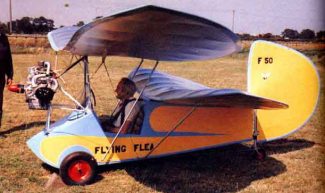 In the 1930s, Henri Mignet, a Frenchman developed the forerunner of the micro light, a small one-man plane, powered by an 18 hp engine with a speed of about 60 mph, a wing span of 18 feet and costing around £70 to build from kit. During a local flight circa 1936, one crashed in a field south of Hadleigh Castle. In later years (1974) there was one on display in the Southend Historic Aircraft Museum (closed 1983) which belonged to C.L. Storey and prior to that was on display in his motor car showroon in Alexander Street, Southend. Today this particular model, registration G-ADXS, resides in a museum in Breighton, Yorkshire.

and  here for a more recent flight. }