A Hive of Activity from Morning Until Dusk

The launch of the Salvation Army UK Territory’s  Millennium Project at Hadleigh Employment Training Centre (The year 2000)  on the site of the Army’s former Farm Colony,  brought back memories for former Salvationist DOUGLAS WALPOLE who attended the event. Here are his thoughts….

Standing listening to the band and to the various speeches and the past, I realised I was probably the only one there who had lived and worked on the Land and Industrial Colony.

My parents, Major & Mrs George Walpole were stationed at Ipswich when it was agreed I should take employment in the Colony. I would live with my grandmother and my aunt, Captain Emma Slater, who was the cashier in the Colony’s Head Office.

I arrived in 1934, aged 15. The Governor of the Colony at that time was Commissioner Allister Smith, of African fame. I started work in the Home Office as the telephone switchboard operator and looked after the colonists’ savings accounts, under the eye of Major Bertie Swallow, the Home Officer. I also kept records of men arriving for training before being drafted to Australia, New Zealand and Canada.

The Colony was then a hive of activity from morning until dusk. There was the farm itself, with arable land. sheep, pigs, cattle and horses – no combine harvesters in those days!

There were large orchards of apple, plum and pear trees and the nursery greenhouses grew everything from flowers to tomatoes.

The was also the brickfields, most of which were for local use but some transported to London up the nearby River Thames.

The Salvation owned almost everything in sight and Hadleigh was no more than a village. Commissioner Allister Smith was the ‘law’ – a strict disciplinarian . All employees, colonists and trainees had to attend all meetings and woe betide anyone who  thought  they would not be missed. The on-site Citadel was always packed, Hadleigh Corps was incorporated within the Colony establishment, with a commanding officer. There was a Colony band and songsters and a YP corps with scouts, chums, guards and sunbeams. The Citadel was full every evening.

At the launch of the Millennium Project, among all the old photographs was one which is shown here, of the Colony Band in 1936, there I am aged 17 years sitting on the front row with my trombone. With the hundreds of colonists and trainees about, there had to be leisure facilities and these abounded; football, cricket, bowls. There were also music festivals, fetes, (usually in the grounds of Hadleigh Castle), Christmas parties and much more.

To a large degree the Colony was self-contained, with its own maintenance department and its own shop ‘The Stores’, next door to the Head Office, selling everything from shoelaces to butter and cheese. The butter was cut, weighed, patted and shaped while you waited. Milk was delivered fresh daily direct from the dairy herd. Produce was sold and delivered from the market garden and a nursery to shops in Benfleet, Canvey Island, Leigh-on-Sea and Southend-on-Sea.

Cattle, pigs and sheep were groomed and shown at all the big Essex agricultural shows. The big shire horses took centre stage, with the men working day and night to get them ready. The harness and tackle also had to be in top condition. What a display!

The immense organisation required to facilitate the smooth running of the Colony was really staggering – not at least the accommodation and feeding of a large number of men. But of course there was always plenty of labour available.

As I write memories come flooding back. The band and songsters, with flags flying, marching to the music of a rousing march down Castle Lane to the Citadel. The hundreds of men who knelt at the mercy seat, asking for God’s guidance, as they prepared to leave for the big outside world. The view from the steam train as it rattled along the track toward the old Leigh Station. Crowds of men working  in the fields below Hadleigh Castle bringing in the harvest. Horses and wagons labouring upon the steep slopes to the barns. The sheep dotted over the castle grounds and the roof of the shepherd’s cottage built on the lee side of the  saddleback. The tall windmill pumping water for use in the greenhouses.

I remember the rope-operated bell above the Home Office, which peeled across the colony  at various times of the day, rise and shine, start and finish work, mealtimes. Old Charlie the gateman was best at pulling the rope and getting a good rhythm going. (Yes, I had a go and was useless). I could write a book.

After the war my wife and I lived at Seaview Terrace where we brought up our three children until the Colony as a social activity closed (1967). I finished as a cashier  in the Head Office.

At the launching of the Millennium Project, when I stood in the crowd with my wife, our youngest daughter, my granddaughter and my great-grandson, George, 15 months (conducting the band), no one knew us . How sad, hardly surprising after all these years.

I wish the Hadleigh Employment Training Centre every success in its future plans. I am now 81 years old, and hope that by the time I get my 100th  birthday telegram from the Queen the plans will have  come to fruition. 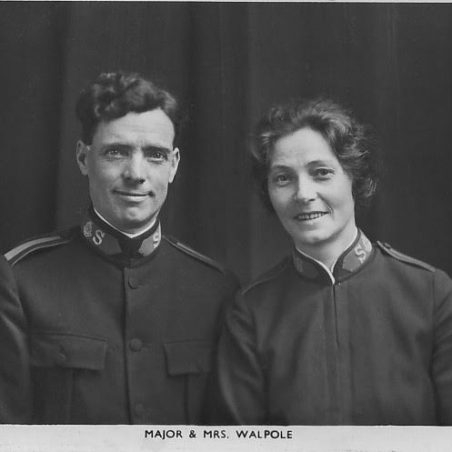 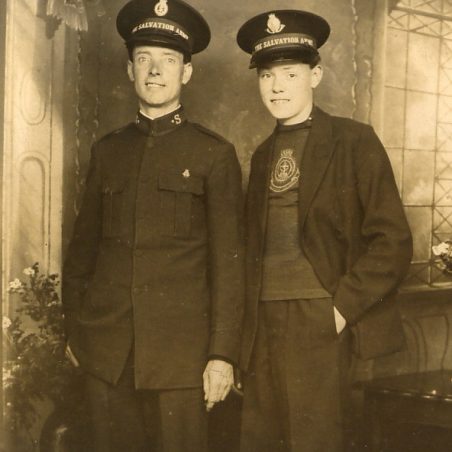 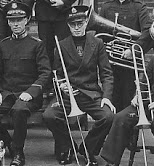 Douglas Walpole with his trombone.
via Sian Davies 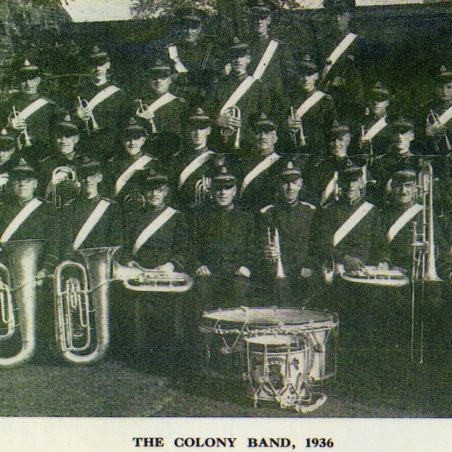 The Hadleigh Colony Band 1936, Douglas Walpole is second from right on trombone.
via Graham Cook 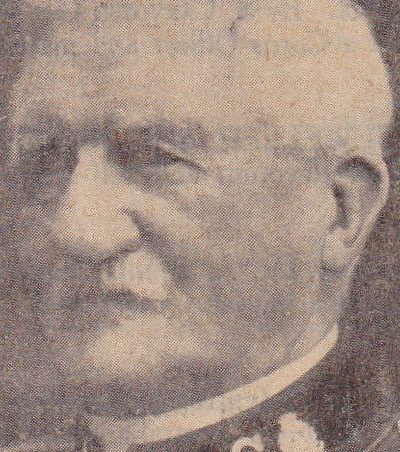 Commissioner J. Allister Smith, Governor of the Colony - 1930-1936 until retirement. He was the governor at the time when Douglas Walpole arrived at the Colony. 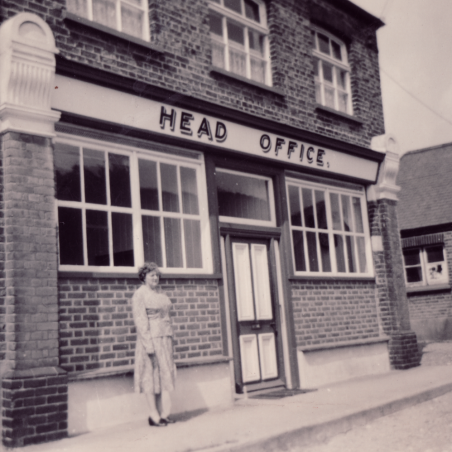 The Head Office on the Salvation Army Colony, 1950. Emma Slater was the cashier as mentioned in article. 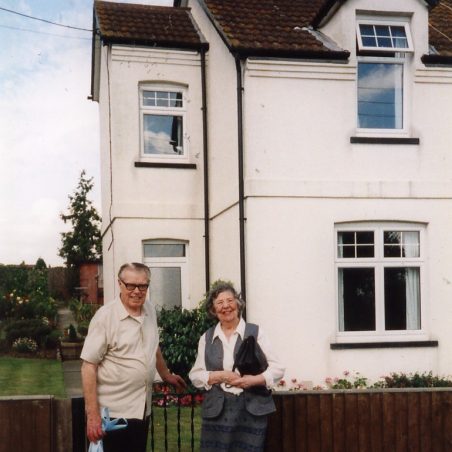 Douglas and Hilda Walpole outside their house at 8 Seaview Terrace.
via Sian Davies 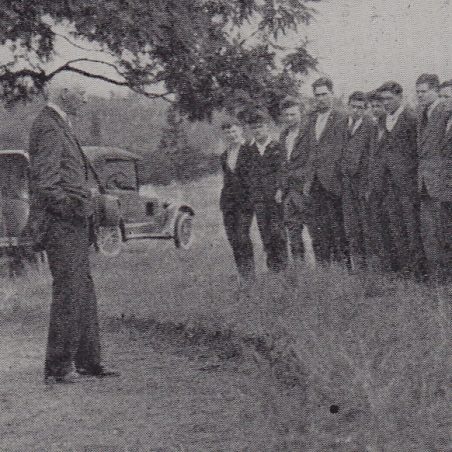 Majors George & Jean Walpole with sister of Jean Walpole, Emma Slater, who was cashier in the Hadleigh Colony Head Office.