Looking for My First Home in Homestead Gardens 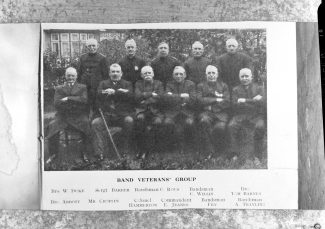 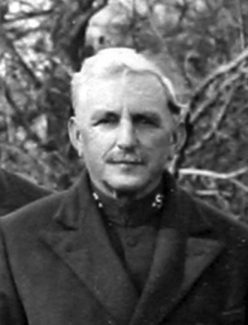 zoom
Eli Jeanes when a member of Benfleet Urban District Council in 1929. The star on his collar appears to indicate that he was then an adjutant

My name is Brenda Murrant and I was born in Hadleigh on March 25th 1947.  My parents Grace and John Collins, lived in a bungalow in Homestead Gardens, the name of the bungalow was Cerne Abbas.  The owner of the bungalow was a Miss Janes who was a member of the Salvation Army.   It appears from my research for my family tree that Miss Janes may be a relative, I would appreciate any information in connection with the bungalow, ie. what number it is now and Miss Janes.

For the benefit of readers, the editors of the Archive have researched Cerne Abbas and the “Jeanes” family. Miss Jeanes, whose name was Catherine, in 1939, then aged 42, was living in the bungalow with her  father Eli James Jeanes, a retired Salvation Army Officer. (In the 1939 Register, Cerne Abbas is  listed as the last of 5 named houses in Homestead Gardens, immediately before entries for the High Street).

in 1936, Eli Jeanes had the rank of Commandant when he appeared in a veteran bandsman photo. (Eddie also appeared in a band photo in the same year playing a euphonium. That photo also shows a L. Jeanes, believed to be Leslie Edwin Elloway Jeanes, probably Eddie’s son. Leslie was born locally in 1921, married locally and eventually went to live in Berkshire).

Eli was also a member of the inaugural Benfleet Urban District Council in 1929.

Eli was still living at Cerne Abbas when he died  at the Salvation Army Citadel, aged 75, on 26th November 1944.

By 1955, Catherine was living in Winnersh-in-Hurst, near Wokingham, Berkshire and the death of Catherine Rose Jeanes, aged 86, was registered in Bracknell in 1983.