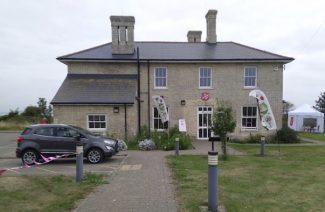 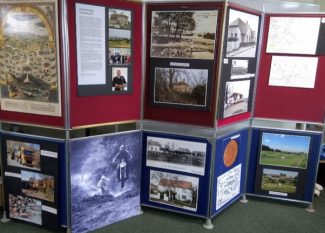 zoom
One of the Heritage Open Day Display Boards 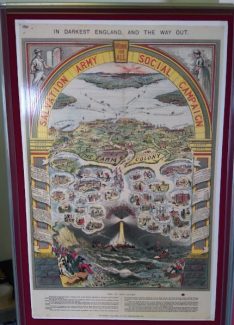 zoom
‘In Darkest England, and The Way Out’ 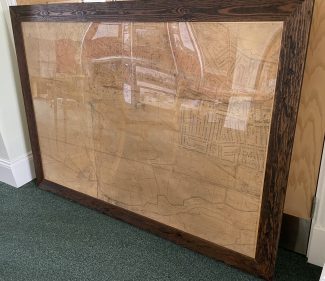 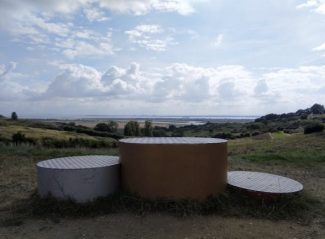 zoom
Behind is the Estuary and surrounding hills, trees and greenery
Park Farm House

On the 11th of September, 2021 at Park Farm House, a Heritage Open Day gave a fascinating insight into the history of the Salvation Army’s farm estate in Hadleigh. A wide range of material was on display, from the farm’s early days as a Salvation Army Colony to its current role as a Training Centre.

Upon entering, I found a warm welcome from the many Salvation Army volunteers who helped organise the event. I was guided around the room by Sheena Booth who had organised a self-led trail for the visitors, and Graham Cook, a member of the Hadleigh and Thundersley Community Archive who is the co-author of a book about the estate titled Hadleigh Salvation Army Farm: A Vision Reborn. Over the course of the day, many people came to visit. Some were locals who had, in fact, played in the fields outside as a child. Others had merely wondered what the interior of this building looked like.

Admittedly, I hadn’t engaged with much local history until recently, yet I was quite intrigued by the whole thing. The first thing that drew my eye was a chart created in 1890, titled ‘In Darkest England, and The Way Out’. At the bottom of the chart, people drown in a tumultuous ocean of social problems. The Salvation Army are depicted as saviours of these people, and various solutions to the causes of suffering, such as ‘homes for children’ and ‘cheap food depots’ are shown above them. Those given ‘further assistance’ are shown to be making their way to ‘The Farm Colony’ and from there, they appear to emigrate to the rest of the world. All of this was reflective of founder William Booth’s vision – transforming the lives of those in need.

Also included within the display was a large map of Hadleigh, which caught many visitors’ eyes. There was also a plethora of old photographs of the estate, as well as an image of the currency once exchanged inside it.

Having enjoyed the visual depictions of the Farm Estate’s history, I then decided to go on the self-led trail. It felt like a trip through time, starting with Park Farm House itself – one of the first farms bought by William Booth – and ending with the Mountain Biking track, from the 2012 Olympics. As I walked, I carried a guide which detailed the stories behind various parts of the estate, both large and small. History aside, the views from both Park Chase and the Olympic Bike Trail were indeed stunning.

This was the first Heritage Open Day that I have attended. It was a thoroughly enjoyable experience for everyone, from the warm reception of the volunteers to the beautiful views of the Estuary. Whether you are interested in history or a curious local, I do recommend keeping an eye out for any Salvation Army events in the future.