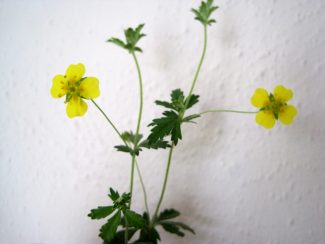 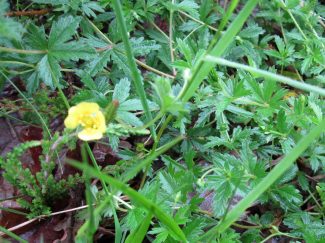 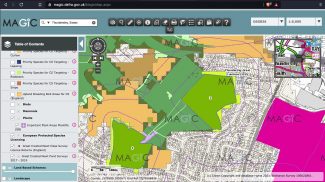 Thundersley Great Common is considered the best example of surviving heathland in Essex and supports scarce plants and insects; it has two designated Sites of Special Scientific Interest (SSSI).

It is managed by Castle Point Borough Council, in association with Natural England, who are maintaining and improving both heathland and acid grassland habitats for even greater biodiversity.

The slightly damp, acidic conditions found on some parts of the Common are particularly favourable for the medicinal herb Tormentil, a member of the rose family (Family Rosaceae).  It is a low clump-forming herb, with non-rooting runners, and grows 15-30cm tall; there is also a creeping variety. Its leaves are borne on long stalks which come from the rootstock, with three, five and occasionally seven oval leaflets, toothed towards their tips.  It has generally four notched petals on the yellow flowers.
Tormentil has many properties and is still considered a useful herb today, but please do not use it without medical advice.

For more information on the area, a Castle Point Council leaflet is attached, below. See also:  CastlePoint : Thundersley Common


The two SSSIs are visible using DEFRA’s “Magic Map” and pictured to the side.

The Information board on the Common states that “its woody roots were once boiled in milk as a cure for stomach ache”.  The name Tormentil, comes from the Latin “tormentum”, referring to the agony of griping pains in the intestines, which the herb is used to soothe. The herb is so astringent that it can reduce bleeding from a wound, and it is also used for toothache.

It is possible that Dr Daffy, who once owned Thundersley Lodge collected the herb for his famous “Daffy’s Elixir”.  Philip Benton, in “The History of the Rochford Hundred”, 1867, wrote:

This [Thundersley Lodge] was the farm where the celebrated Daffy’s Elixir was compounded, the herbs were gathered from the neighbouring woods by Dr Daffy, and the coppers where the decoction was made, were for a long time inspected by the curious.

Terry Breverton, in his recent update of Culpeper’s The English Physitian and Compleat Herball of 1653, quotes Maud Grieve (1931) “If a piece of lint be soaked in the decoction [of the dried root] and kept applied to warts they will disappear”.  Perhaps this was a herb used by “Cunning” Murrell, the White Wizard of Hadleigh to provide the “magic” in his wart treatments.

It is intriguing to know why the plant has the common name of thormantle or Thor’s mantle; could it be because the root was once used to dye leather red?  Whatever the reason, it seems very appropriate that it can be found in abundance on the Common in Thundersley: “Thor’s clearing”.  Perhaps like Saffron Walden, Thundersley is so-called because of its flora?