At Hadleigh Old Fire Station on 6th and 7th September 2014 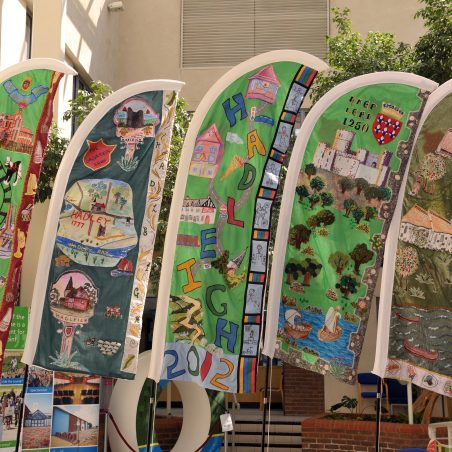 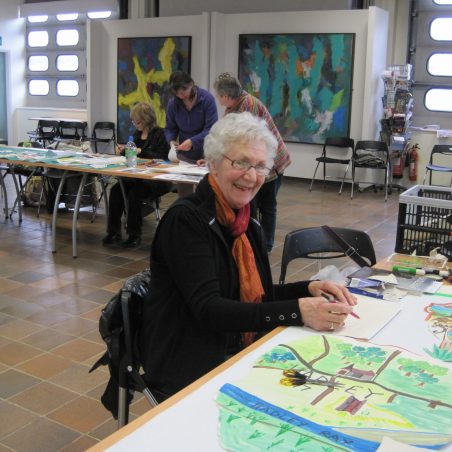 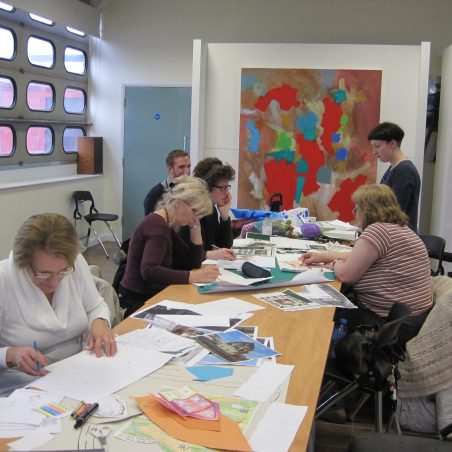 Needlewomen at work in the Appliance Bay of HOFS
Lynda Manning 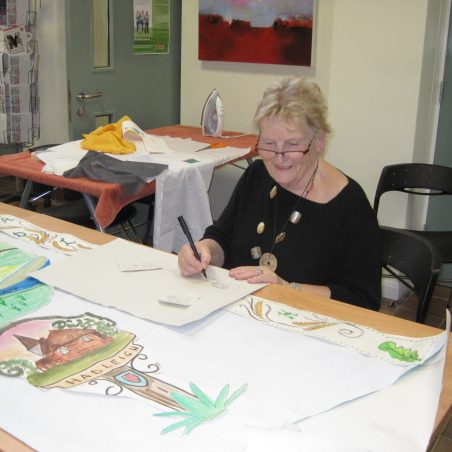 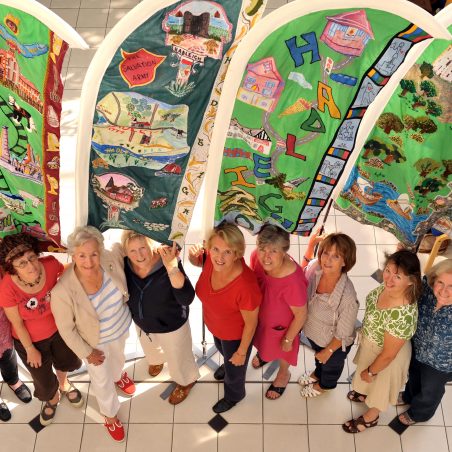 The needlewomen of Team Hadleigh with the finished textiles at CPBC offices, Thundersley
Team Hadleigh 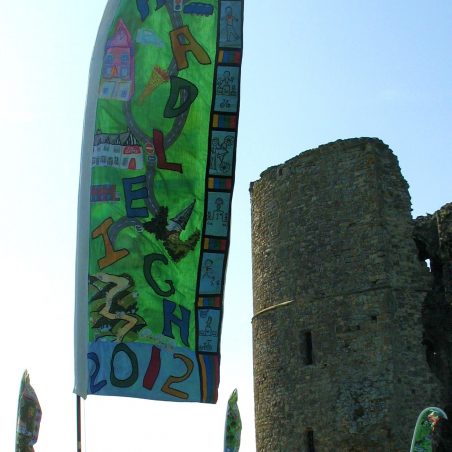 Four of the above banners (textiles) will be available for the public to view during the ACAVA Open Studios weekend (6th and 7th September, 2014) at Hadleigh Old Fire Station (HOFS).
The banners were created as part of Team Hadleigh, a Heritage Lottery Funded, Essex County Council led project.

Leading up to the London 2012 Olympic and Paralympic Games, sixteen local volunteers worked throughout the spring of 2012 at HOFS to produce these textiles which reflect key places and times of Hadleigh’s history, such as the history of the Hadleigh Salvation Army Farm Colony, Hadleigh Town Centre, Saxon Hadleigh, Hadleigh Country Park and Symbols of Hadleigh.

As part of the project Hadleigh Junior School and the Westwood Academy researched Hadleigh’s heritage with help from the Hadleigh & Thundersley Community Archive Group. This research and the artwork they created also inspired the creation of the textiles.

In addition to the textiles, the Team Hadleigh project has seen the launch of a dedicated website and mobile web App which features an interactive heritage tour and audio guide of Hadleigh, taking in local areas of importance such as St James the Less Church and Hadleigh Country Park amongst others.