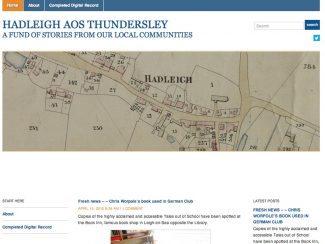 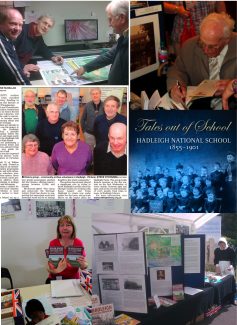 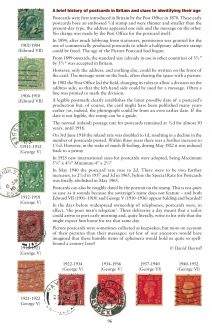 Hadleigh & Thundersley Community Archive (H&TCA) received a Heritage Lottery Fund (HLF) award in the All Our Stories programme in November 2012.
Our detailed press release is in the 2012 article.
We kept an Open Source public record of our project, using a blog.

All Our Stories (AOS) was a small grant programme (now closed) launched in 2012 to support BBC Two’s The Great British Story.
The project finished in 2013 and has been completed with a HistoryPin archive accessible here.

Publications from the AOS project:
Illustrated Historical Walking Map Sold out {A2 broadsheet in glorious colour, folded to A5.   Available for £1:50 each at the Salvation Army Tea Rooms and Hadleigh Library (both in Hadleigh) and The Book Inn and Leigh Heritage centre (Leigh-on-Sea.)   If ordered for posting through hadleighhistory@gmail.com  the price is £2.25 inclusive for each map. }

Background to South East Essex Community Archives (SEECAN) Following the continuing success of a pilot archive started on Canvey, a group of six archives {Laindon, Billericay, Wickford, Benfleet, Rochford and Hadleigh & Thundersley} was initially funded by an HLF grant in 2010, through the inspiration of Sue Hampson and Debbie Peers.

By developing a wider audience for local heritage and culture through participation, the H&TCA volunteer editorial team helps participants to develop their community’s future by making history today!

General guidance on the archive   To use the website, use “get involved” on the Home page for details on uploading your own words and pictures.   To contact H&TCA editors, or to enquire about buying publications, kindly e-mail us at hadleighhistory@gmail.com