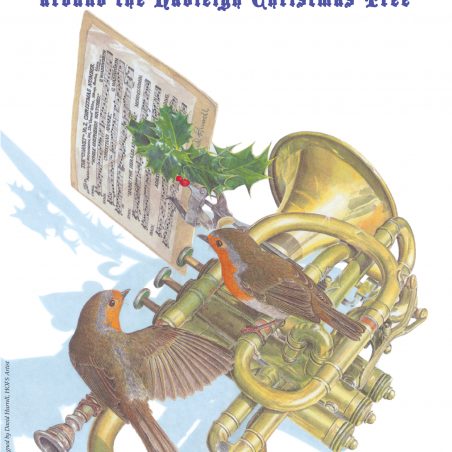 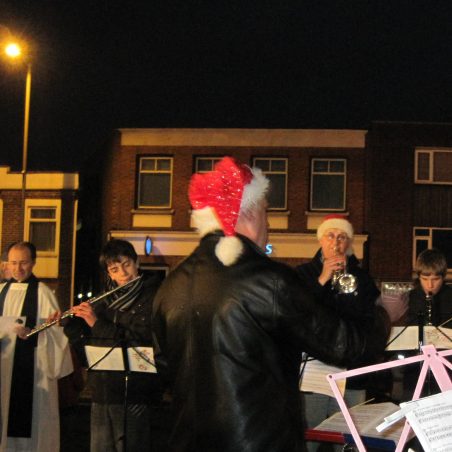 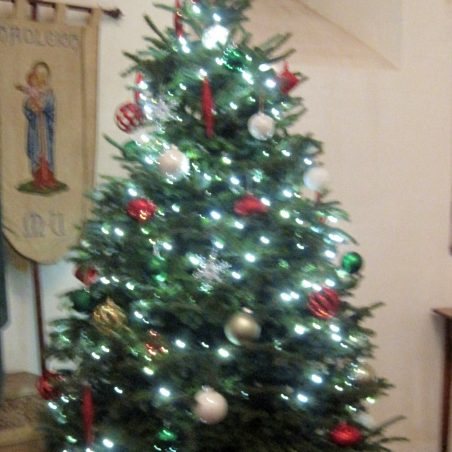 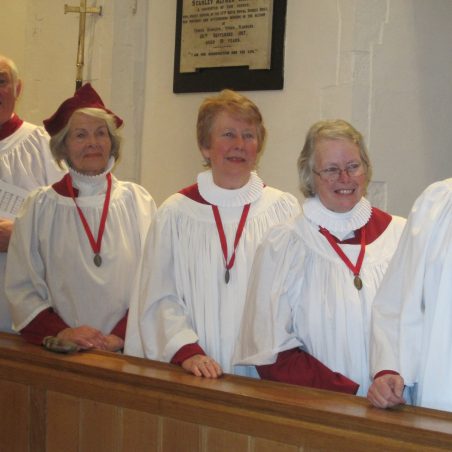 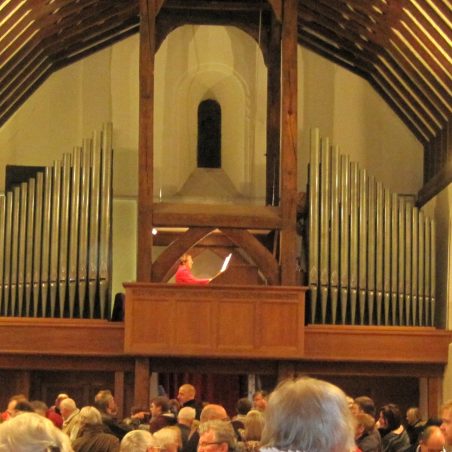 The organist - Louise Chessher - in her eyrie
Lynda Manning 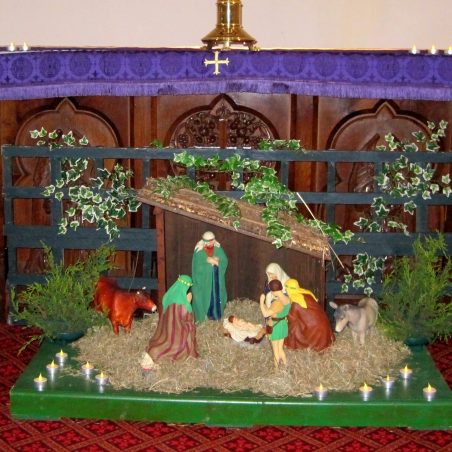 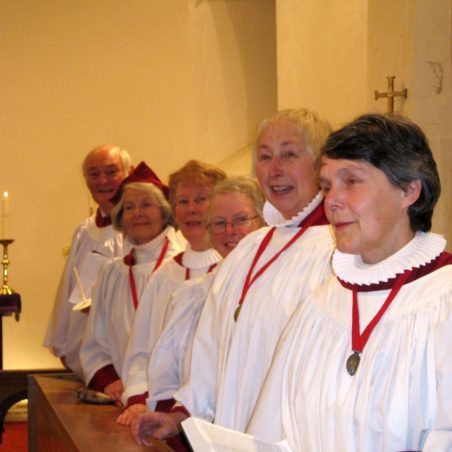 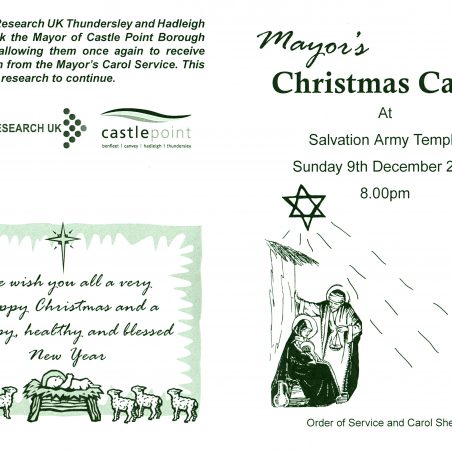 There were plenty of opportunities to sing Carols and get involved in seasonal festivities this Christmas in Hadleigh. I managed to attend three events:

The first was a community singsong around the Castle Point Borough Council Christmas Tree, outside St James the Less, in Hadleigh High Street.  Hadleigh Voices community choir and a band of willing musicians swelled the voices of local people singing traditional Carols and fun seasonal songs.  Benfleet Rotary Club had their Santa and sleigh on display, and the children looked really excited as we counted down the Switching on of the tree lights.

The Reverend David Childs led the proceedings, and gave the blessing.  The Mayor and local Councillors were in attendance as was Castle Point MP Rebecca Harris.  It was a freezing cold afternoon and the thought of mulled wine and mince pies in the invitingly warm church proved irresistible to most of the participants.

Click on the link below to see the Christmas Tree light up:

At 8pm the Mayor, accompanied by local councillors and Rebecca Harris, Castle Point MP, entered the Salvation Army Temple, in Hadleigh and took his seat.  After the packed congregation  sang “Once in royal David’s city”, we were formally welcomed  by the Mayor’s chaplain, the Rev Anthony Rose.

Half way through the carol service, Annette Page made an impassioned appeal on behalf of Cancer Research, ensuring that the Mayor’s collection, taken while the Hadleigh Temple Band played, was well supported.

There were two highlights for me; the Hadleigh Temple Timbrels, who really know how to work a tambourine and the children of Woodham Ley School, who presented a tableau and sang two songs.  The children not only sang, but also signed the lyrics enthralling their parents and the whole audience alike.  Fantastic!

Peter Burch, the Mayor of Castle Point Borough Council, thanked everyone for coming and the service ended with “O come all ye faithful” and a blessing.

“Carols by Candlelight” at St James the Less, Hadleigh’s parish church, began at 6.30pm. The service was again well attended, in fact, there were no spare seats or room in the pews when I arrived, so I was given a seat behind the choir!  Other late-comers joined me.  The Rev David Childs, who conducted the service, seemed bemused and remarked “that the choir was larger than he remembered”.  It was strange at first to experience the church from an unfamiliar angle, but I took the opportunity to take a photo of the organist in her “eyrie”.