At the Fete* at St. Michael’s Church last Saturday, I mentioned to one of the Archive editors that I spent two years schooling 1949/51 at the building which now houses Sandcastles Nursery.  Benfleet Junior School did not have enough room for two classes, so the girls from both classes were taken by bus from Benfleet School daily to that building, before we were able to join King John School.
Our form (teacher Miss Peacock) were the  first class of 13 year olds to be taken into King John School, which was then  Benfleet Secondary School.
I attach a class photo taken outside what is now Sandcastles Nursery. 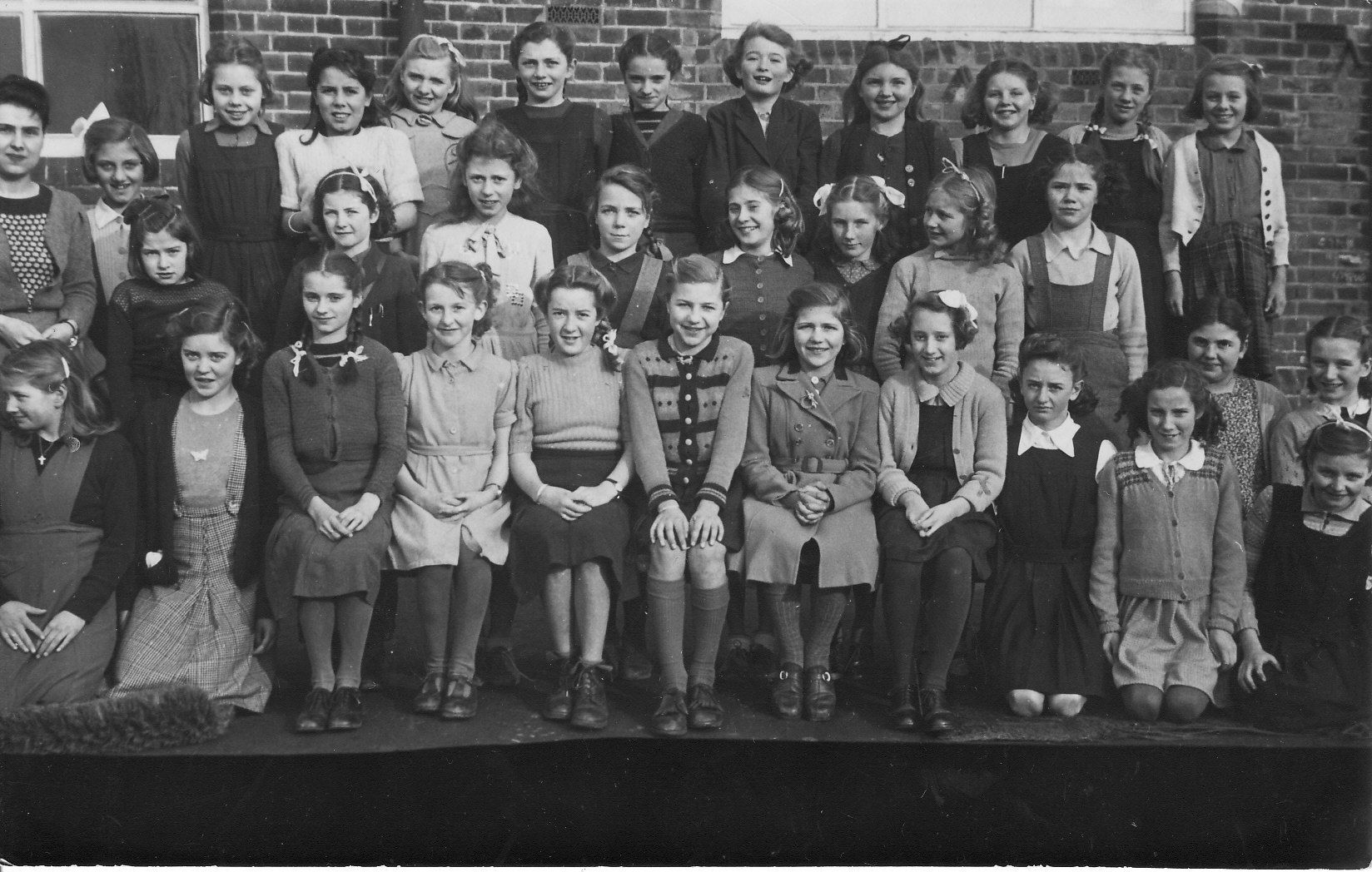 Benfleet School on location in Hadleigh 1949/51

I went on to leave King John’s School in July 1953 after having spent one year in the first Extended Course run by the School which had two sections, one shorthand/typing (Mrs Peters) the other nursing.  I was present helping with the families who were evacuated from  Canvey floods in February 1953.
Here is a photo outside King John School of myself, Celia Cutting, Maureen Schooling and Olive Medinski who all took shorthand/typing in the Extended Course. 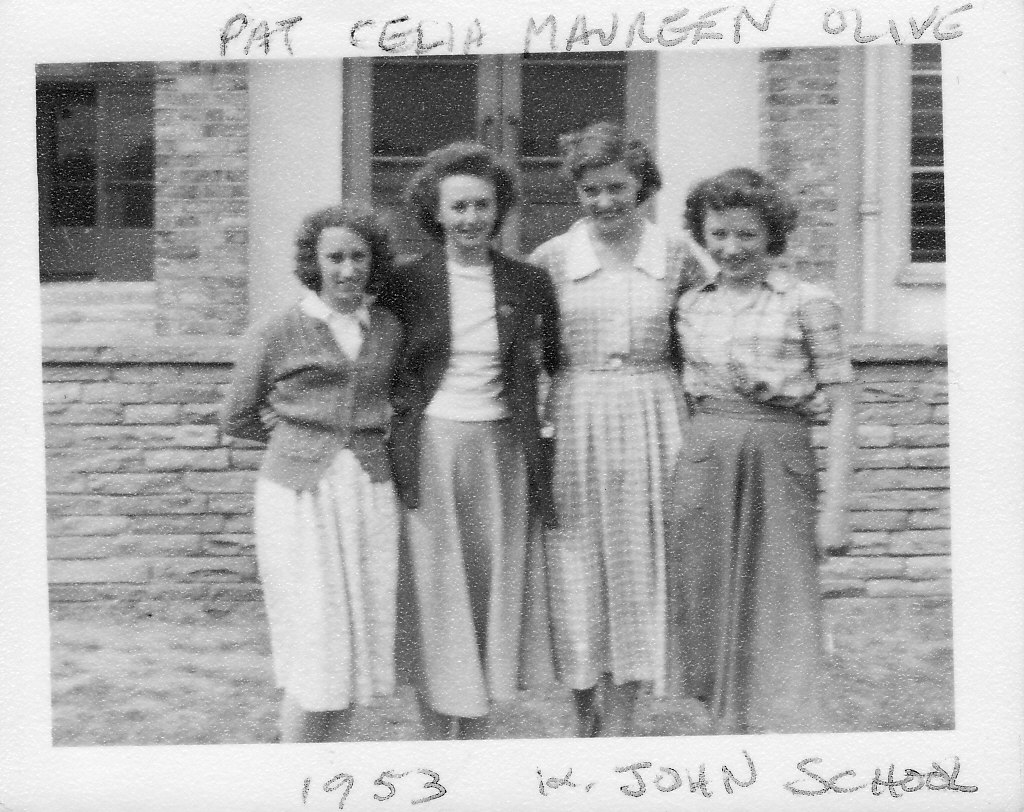