You are here: HomenextMain SubjectsnextPeoplenextAbolition of “Cat” and Birch Recommended by Local Headmaster

Abolition of “Cat” and Birch Recommended by Local Headmaster 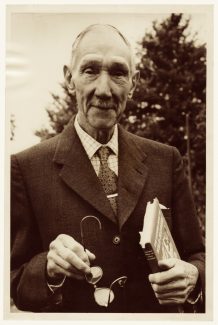 The following summarises reports in three newspapers in 1937 and 1938.

Friday, 4th June, 1937  in The Essex Chronicle
Mr. H. R. Tutt, Headmaster of Hadleigh Council School,  has been appointed a member of the Government’s Committee on Corporal Punishment.

Proposals in Report by Committee
The abolition of corporal punishment for all classes of crime, except certain offences in prison, is recommended by the Departmental Committee on Corporal Punishment in their report issued Friday, 18th March, 1938.

NO MORE BIRCHING . . .
The Committee consider that birching is not a suitable court penalty for young offenders, and recommended the repeal of all such powers for existing courts of summary jurisdiction.
The number of birchings ordered for juveniles in England and Wales in 1900 was 3,385 and in 1917 5,210  and in 1936 was only 166.  In Scotland, the figures for the same years were 731,  923 and 230 respectively.  In proportion to the total number of offenders dealt with, birching is far more common in Scotland than in England.

They suggest the consideration of the question whether juvenile courts should not have further powers to deal with young offenders requiring some form of sharp punishment which would operate effectively as a deterrent.
They recommend the repeal of all the powers of superior courts for passing sentences of  corporal punishment on boys under sixteen for various offences in England, Wales and Scotland.

With regard to prison offences, the Committee state that all classes of male convicted prisoners should be equally liable to corporal punishment for serious offences against prison discipline, instead of some being exempted. The three offences for which prisoners should be liable to corporal punishment are mutiny, incitement to mutiny, and gross personal violence to an officer or servant of the prison.
The maximum punishment should be reduced to 18 strokes, either of the birch or of the cat-o’-nine tails, for prisoners over 21 years of age, and for prisoners under that age 12 strokes of the birch.

The Committee, who are unanimous in their findings, consisted of the Hon. Edward Cadogan (chairman), Margaret Lady Ampthill, Mrs E. A. Astley, Professor J. L. Brierly, Mr E. Ford Duncanson, Dr. Robert Hutchison, Sir William M’Kechnie, Mr H. R. Tutt, and Mr Cecil Whitely, K.C.
They held 20 meetings, examined 72 witnesses, and some of the members had seen sentences of  corporal punishment carried out, both in prisons and by the police.