Can you identify a relative or friend? 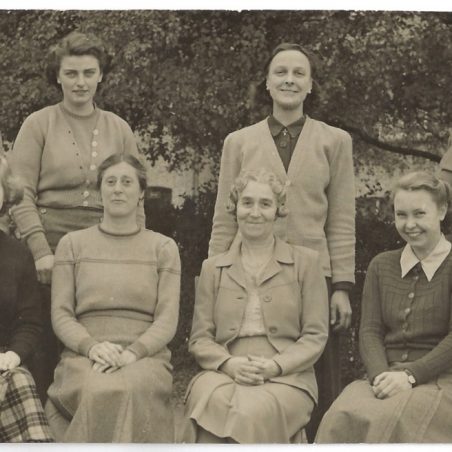 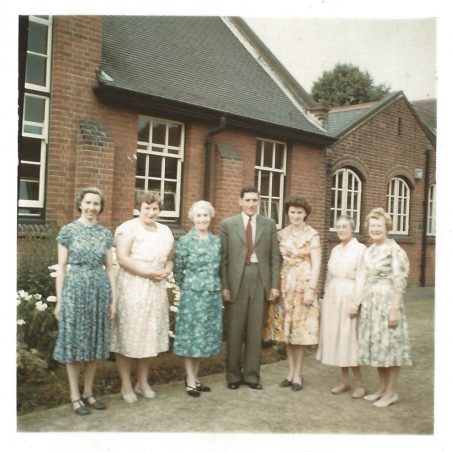 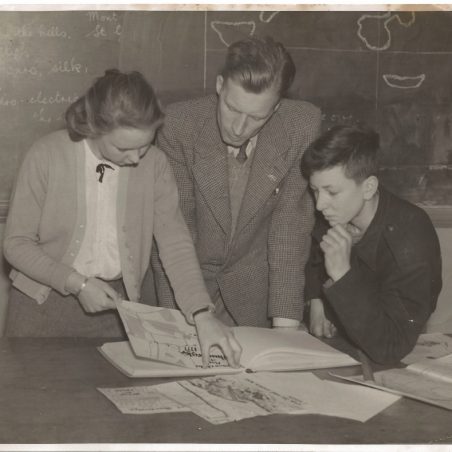 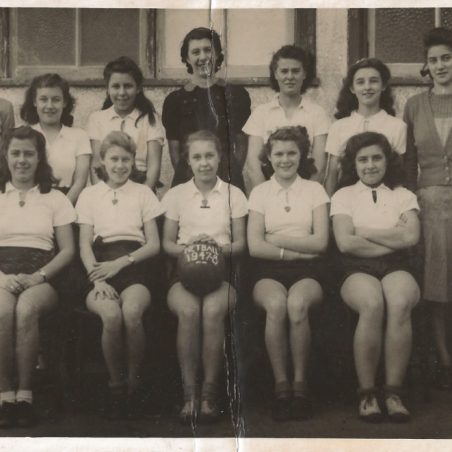 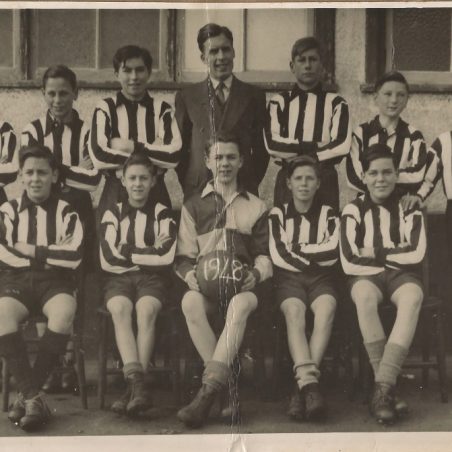 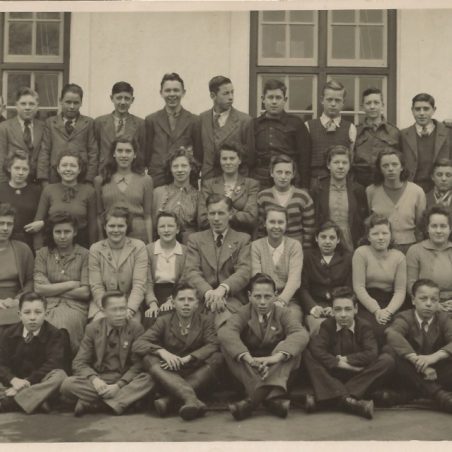 If you went to school in Thundersley and were born in about 1933, you might find yourself in the last photo, with Mr Phillips, taken on 25th February 1949 when the children were fifteen. Some of the names have been guessed at but help is needed! See if you can spot a familiar face and help complete the record.

Staff of Hadleigh Infants School circa 1949/50.

At that time Miss Jameson was secretary of the Junior School: she later went to the newly-built King John School in Shipwrights Drive and was succeeded at Hadleigh by a Mrs Elgar, of Meadow Road.

Mr Phillips (fairly new to the school) with the large Class 1 (37 pupils!) at Thundersley School (Dark Lane) in February 1949.

In those days, a child could leave school at 14. My Mother-in-Law Audrey Horner, (just a year older than these children) had left Thundersley School in 1947, been (briefly) to a secretarial “crammer” in Chalkwell and – by the time this photo was taken – had been working the past six months in London as a secretary, aged just fourteen and a half. There was nothing particularly unusual about this. Beryl Major (who supplied these photos) went straight from being the youngest pupil in Class 1 at Thundersley to being the school secretary at Hadleigh! There is little doubt that our children “grew up” much earlier a generation ago.

Front row from left: fifth across is Eric Hemmings (recently moved into the area from Ringwood, New Forest).

Third row from left: third across is Brenda Lunch and eighth is Betty Carter.

Rear row names recalled are third from right John Grigson and extreme right John Stewart. Fifth from left in the back row (tall and smiley) is Den Keys (son of George and Edith), [captain?] and goalkeeper for the school soccer team.

These photos were kindly donated by Mrs Beryl Worsdale (neé Major) of Shoeburyness. Beryl was Captain of the Thundersley School Netball Team in 1947 (age 13) and in 1949, (age 15) became the School Secretary at Hadleigh Infants.