The photograph shows members of a St James the Less youth club set up in the late 1940s. On this occasion all have cycled to Maldon for the day led by the Rector, Rev. Roger Lewis and his wife. 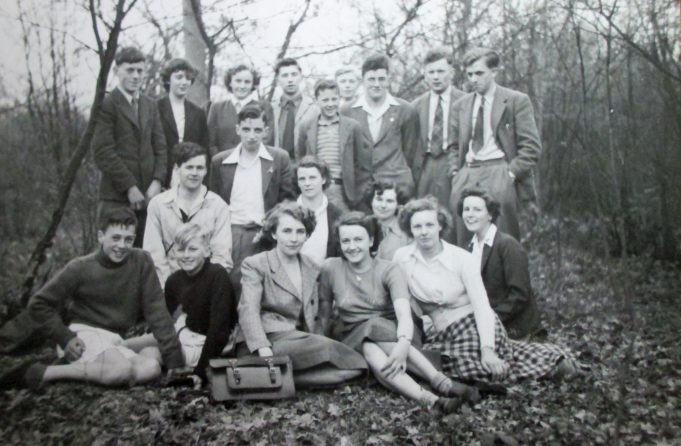 We have another picture of a youth club outing taken in Hockley Woods at Easter 1952;  it is less successful as a photograph but is shown below in case anyone can throw any further light upon it. 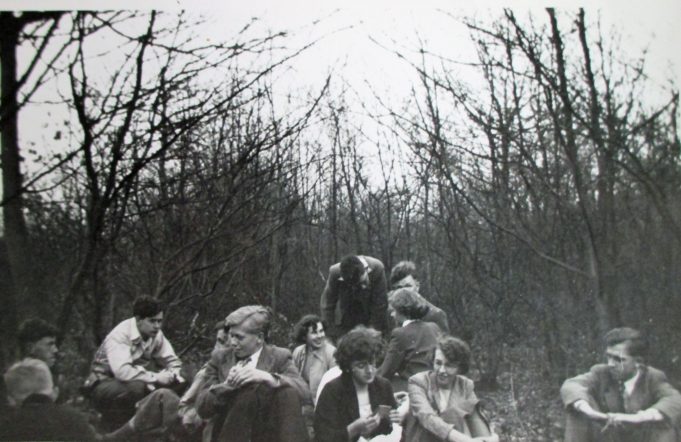 Centre front is Thelma Yeaxlee with Peggy Hollis to the right. Dick Hollis, Peggy`s older brother, is on the far right. Rev. Roger Lewis is squatting on the left of the picture and Beryl Jeffries can be seen smiling to the left of and behind Thelma.

This page was added by Bob Delderfield