You are here: HomenextMain SubjectsnextBusinessesnextMorrisons; the old and the new

Morrisons; the old and the new 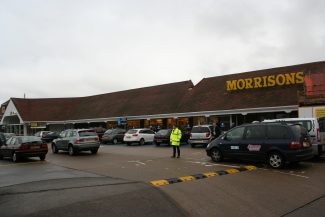 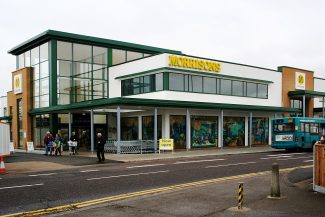 This is one person’s view of the Morrison’s opening day.

Initially it was Safeways, later Morrisons, and now we are looking at the opening day of 25th January 2012 when customers are guided to the new store opposite the Library, through a wooden ‘tunnel’ from the old car-park.

This is regeneration, Hadleigh-style;  in front of your very eyes you can see the village gradually being re-shaped into a different environment, more of a town.
We’ve always used the store, and also the other shops, but it is a pity that the old wide range of smaller shops no longer exists in the same way.

As a long-standing member of Hadleigh Gardening Association, I recall our use of the little gardening store which we ran near the Crown.
Of course it’s great to have such a wide variety of produce in stores, but many of the HGA members enjoy growing their own vegetables, and longer-term, this may be more sustainable than importing from overseas.