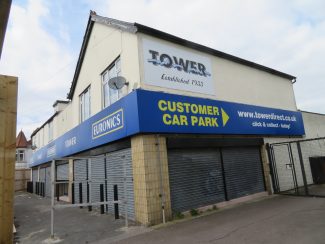 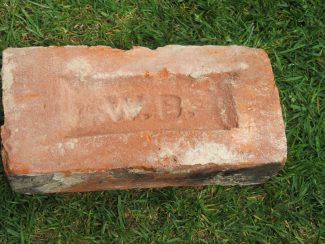 zoom
The brick with WB in the frog, found on the corner of Broughton Road.
Graham Cook

On Friday 12th April 2017, Tower Radio closed its doors on their London Road site after more than 50 years.  The Hadleigh store was built just after the 1953 floods, which caused much havoc at the time across South Essex.  A notice was put up to advise customers the shop would be closing and directing them to their other stores.

The plan for the site is for 14 luxury apartments, for which plans were approved by Castle Point Council in May 2016.

Tower Radio was founded in 1933 on Canvey Island and Managing Director; Bernard Litman has advised customers that they still have stores at Rayleigh Weir and Canvey. It was back in 2015 he told the ECHO that the rise in the Internet and success of huge chain stores was behind the closure. Keeping the London Road branch open while he had a larger store at Rayleigh Weir, just 2 miles away, could not be justified.

Castle Point councilor for St James’ ward, Bill Sharp, feels it’s the end of an era but it will provide sorely needed homes.

It would be great to hear from anyone who has memories of the store opening, or what may have been on the site, prior to Tower Radio. Across the road from Tower, on the corner of Broughton Road, there was a pile of rubble, in which was spotted a complete brick with the initial ‘WB’  stamped in the frog. This would suggest that a lot of the properties along the London Road were built with bricks from the Salvation Army Brickfields. The initials WB refer to William Booth. Comments welcomed. (Ed)