You are here: HomenextMain SubjectsnextPeoplenextLeonard Doust - A Hadleigh Artist & Author 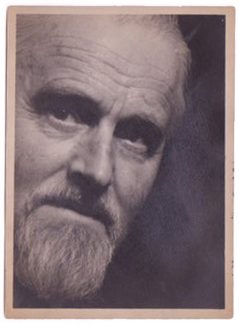 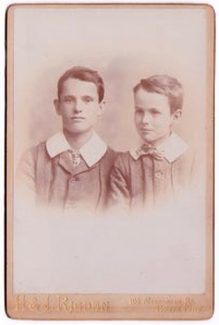 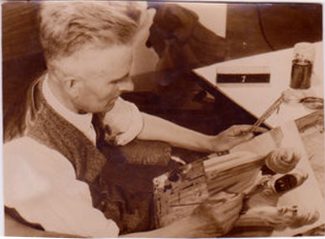 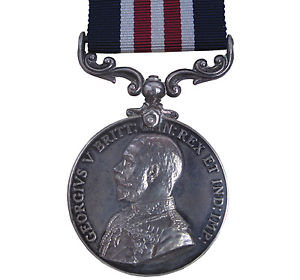 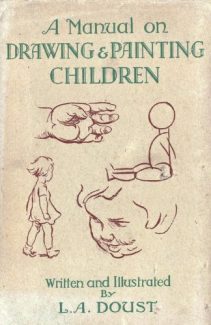 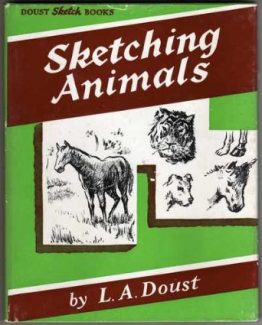 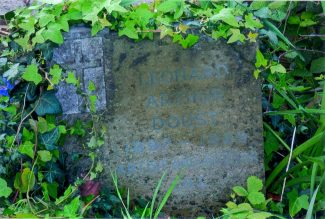 Leonard Arthur Doust was born in Wood Green on September 20th 1897 and in 1910 the family moved to Southend (on the advice of Dr Allinson – of Allinsons bakery fame) as being a healthier place to live.

His father Frank set up a grocer’s shop on the London Road at the top of Hamlet Court Road (now PhotoVisual).  Leonard and his brother Reg both worked in the shop as errand boys.  He went to the Art School in Southend.  By 1916 they were both in the Army, Leonard was a driver with the Royal Field Artillery and in 1917 was awarded the Military Medal for taking ammunition up the line under fire.

He left the army as soon as he could in 1920 and then with a friend, Bill Savory, set up a small publishing business for his art books, which he sold in Woolworths for 6d.  These were then taken over by Warnes who became  his principal publishers for the rest of his life.  He was a good dancer and good tennis player and also played the piano in those days.  He was a member of the Methodist Church in Westcliff.

He married Megan in 1930 (she was the niece of Bill Savory)  and had two children, Pauline born in 1931 and Timothy born 1934.  Pauline still lives in Thundersley.

At this period he lived either on royalties from his books or from various advertising ventures. He also invented games – one was a version  of 3-handed bridge.  The very small paper-back books of the 20s had now been replaced by the definitive edition of his works in a series of hardback books on a wide variety of subjects related to ‘ How to paint…..’

At the end of the 30s the family moved to Henley Crescent near the top end of Hobleythick Lane and when bombs started dropping, the family evacuated themselves to Megan’s sister in Derbyshire.  As sales of art books had stopped, Leonard got a job as a teacher in a secondary school in Derby.  He hated being, as he called it, “up north” and was very glad in 1942 to get back down south and the family settled in Beresford Gardens in Hadleigh as they were not allowed to move back into the town.  At first after the end of the war he continued to teach at a school in Nevendon Craylands (now part of Basildon;) his son Timothy later found some sketches he had made of pupils of his at that time, some of which he managed to send to the pupils concerned!

Leonard stopped teaching as soon as he could.  By this time his marriage had broken up and he lived with his son and daughter.  His next work was in connection with a man called Fellowes-Farrow who was developing a series of religious film strips – Life of Jesus, Life of Paul etc.  This provided Leonard with a very welcome added income.  They actually managed a new carpet at the time!  At the same time Warnes produced the third edition of his books in a more modern style.

Remarkably the paintings on which these film strips were based, were found in a dustbin by somebody when Fellowes-Farrow died and eventually turned into a DVD by a Mr John Affleck.  They are called the ‘Glory Story’ (see the website).

Eventually Warnes stopped publishing the books and Leonard retired.  By 1957 Pauline and Timothy had both left home (Timothy to spend the next 15 years teaching in West Africa).  Leonard lived on his own and Megan and her new husband both visited regularly and supported him in many ways.

He then moved to Church Road in Hadleigh in 1959.  He carried on painting.  He had always been a most religious man and was a regular attender at the Hadleigh Methodist Church and ran a bible study in his flat for young people.  Many of them would write and some went to his funeral in Gosport.  He was also a good friend of Alan Sorrell – the painter who lived in the old Peculiar Chapel in Daws Heath Road.

When Timothy and his wife were back in the UK they would normally have Leonard down to stay in Gosport several times a year.  He had a delightful habit of making his own birthday cards to send to his children and grandchildren.  Timothy has a large collection of them as well as several picture story books he wrote for his grandchildren.

He never had much money.  He loved going into the bank in Hadleigh and asking in a loud voice how much money they owed him.  It was always only a few pounds.  He had been approached once to do programmes on the TV but had not pursued the offer.  He detested the Television.  He was a man of strong views on almost any subject and loved nothing more than a good argument about religion, art, politics etc.  He was a man deeply affected by the horrors of the first world war and yet someone who could talk as he did in his books with delicacy and sheer enjoyment of the thrill of painting.

He was knocked down by a car in Church Road in February 1986 not far from his house.  After a stay in Southend Hospital it was decided by the family that he should move to be near them in Gosport. By then his sight had largely gone and he died with his children and grandchildren by his bedside in May 1989. His grave is on the west boundary of St James the Less churchyard.

After his death it was found that he had given all of his books and many of  his paintings away.

Note: Leonard Doust published a total of 36 books, at least one book was translated into Afrikaans – Kom Ons Leer teken.

Many thanks to Tim Doust for sharing his father’s story.